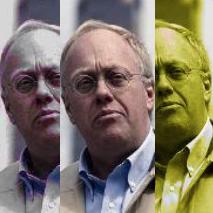 Root Causes of a Failed System

Neil Postman in his classic work Amusing Ourselves to Death nailed it when he wrote, “When a population becomes distracted by trivia, when cultural life is redefined as a perpetual round of entertainments, when serious public conversation becomes a form of baby-talk, when, in short, a people become an audience, and their public business a vaudeville act, then a nation finds itself at risk; culture-death is a clear possibility.” He wrote that in 1985. Our political life today is like a reality TV show. There is fascination with celebrities from Kanye West to the Kardashians to the former host of The Apprentice. And the soundtrack in the background is permanent war.

Rise Up and Resist

When is enough enough? In the face of evil what does it take for people to move from passivity to active resistance? Throughout history there have been instances of people defying tyranny. Fighting back no matter what the odds. An example comes from Nazi Germany, often considered the benchmark of evil. Opposition to the regime was highly dangerous. Seventy five years ago, Hans and Sophie Scholl, brother and sister, and others at the University of Munich said, Genug. Enough. They formed the White Rose movement and called on Germans to recognize their moral duty and overthrow the government. They disseminated critical information through flyers and graffiti. One such graffiti said, “Whatever comes out of Hitler's mouth is a lie." In 1943, Hans and Sophie Scholl were arrested and beheaded. Their resistance and courage are honored today. They took risks. Can we? Interview by David Barsamian. Recorded at KGNU.

One dictionary defines fascism as, “A system of government that exercises a dictatorship of the extreme right, typically through the merging of state and business leadership, together with belligerent nationalism.” The first fascist party was founded by Mussolini in Italy in 1915. Its etymology is traced to the Latin word meaning a bundle of rods tied around an axe, an ancient Roman symbol of authority. Today, the term, for many, immediately conjures up horrific images of storm troopers. But contemporary fascism has undergone a major wardrobe change. Could it happen here? Some see elements of it now with what is called populism, America First, coupled with a largely imagined past, Make America Great Again. The media are denounced as “the enemy of the people,” a phrase Stalin used. Critics of the Leader are bullied and insulted.

Chris Hedges is an award-winning journalist who has reported from the Balkans, the Middle East and Central America. He writes a weekly column for scheerpost.com. He is host of On Contact on RT TV. He is the author of many books including Death of the Liberal Class, The World As It Is, Wages of Rebellion and America: The Farewell Tour.

Be the first to review “Hedges 3-Pack I” Cancel reply