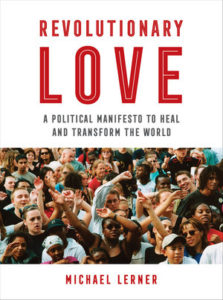 Revolutionary Love: A Political Manifesto to Heal and Transform the World

From social theorist and psychotherapist Rabbi Michael Lerner comes a strategy for a new socialism built on love, kindness, and compassion for one another. Revolutionary Love proposes a method to replace what Lerner terms the “capitalist globalization of selfishness” with a globalization of generosity, prophetic empathy, and environmental sanity.

Lerner challenges liberal and progressive forces to move beyond often weak-kneed and visionless politics to build instead a movement that can reverse the environmental destructiveness and social injustice caused by the relentless pursuit of economic growth and profits. Revisiting the hidden injuries of class, Lerner shows that much of the suffering in our society—including most of its addictions and the growing embrace of right-wing nationalism and reactionary versions of fundamentalism—is driven by frustrated needs for community, love, respect, and connection to a higher purpose in life. Yet these needs are too often missing from liberal discourse. No matter that progressive programs are smartly constructed—they cannot be achieved unless they speak to the heart and address the pain so many people experience.

Liberals and progressives need coherent alternatives to capitalism, but previous visions of socialism do not address the yearning for anything beyond material benefits. Inspired by Herbert Marcuse, Erich Fromm, and Carol Gilligan, Revolutionary Love offers a strategy to create the “Caring Society.” Lerner details how a civilization infused with love could put an end to global poverty, homelessness, and hunger, while democratizing the economy, shifting to a twenty-eight-hour work week, and saving the life-support system of Earth. He asks that we develop the courage to stop listening to those who tell us that fundamental social transformation is “unrealistic.”

“Michael Lerner takes the universal qualities wrongly diminished as ‘feminine’—caring, kindness, empathy, love—and dares to make them guides to a new kind of politics that can challenge the cruelty, competition, and dominance wrongly elevated as ‘masculine.’ Revolutionary Love opens our minds and hearts to a fully human way of living and governing.”—Gloria Steinem

“Michael Lerner is one of the most significant prophetic public intellectuals and spiritual leaders of our generation. Secular intellectuals and those who yearn for a major change in the direction of American society can learn a lot from reading his book.”—Cornel West 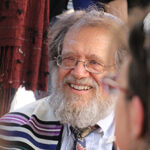 Rabbi Michael Lerner is the editor of Tikkun magazine. He is a leading voice for peace, justice and spiritual renewal. He has PhDs in philosophy and social and clinical psychology. He was chosen for the Humanitarian Award by the International Association of Sufism. He is the recipient of Morehouse College’s King-Gandhi Award for his work for peace and nonviolence. He is the author of Jewish Renewal, The Left Hand of God: Taking Back Our Country from the Religious Right and Revolutionary Love.

Be the first to review “Revolutionary Love: A Political Manifesto to Heal and Transform the World” Cancel reply