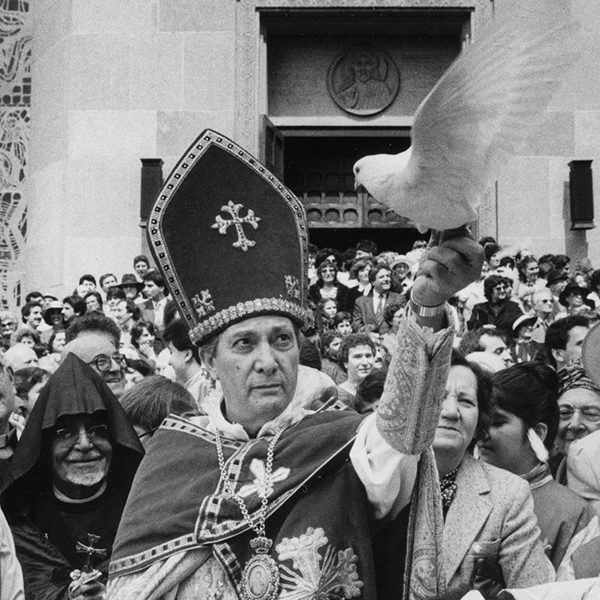 Shen Mah was the pen name of the Armenian religious leader Torkom Manoogian (1919-2012). He was born in Baquba, Iraq. He served as the Armenian Patriarch of Jerusalem under the authority of the Catholicos of Armenia and of all Armenians of the Armenian Apostolic Church. Prior to going to Jerusalem he served for many years in New York as Primate. Manoogian was a musician, a choral conductor, composer, poet and writer. He published more than 20 books and monographs including three books of poetry. One of his collections is entitled The Arc and has been translated by Diana Der Hovanessian and Marzbed Margossian. He was also a pretty good ping pong player.