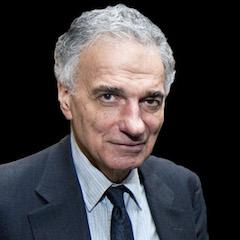 Ralph Nader, a legendary figure, has spent a lifetime fighting on behalf of ordinary people. Life magazine ranked him as one of the most influential Americans of the twentieth century. The Atlantic named him one of the hundred most influential figures in U.S. history. Founder of Public Citizen, he is a long-time advocate for consumer safety and workers’ rights. He rose to fame in the 1960s when he took on General Motors and its unsafe Corvair car. His 1965 book Unsafe At Any Speed not only created a sensation but also was instrumental in the enactment of the Motor Vehicle Safety Act. His efforts helped create the Environmental Protection Agency. He has exposed the misdeeds of the corporate sector as well as of the political system. In recent years he has led the struggles around NAFTA, the WTO, corporate welfare, and single-payer health care. He is the author of numerous books including Return to Sender, Unstoppable, To the Ramparts and Breaking Through Power. He is co-author of Fake President and Wrecking America.