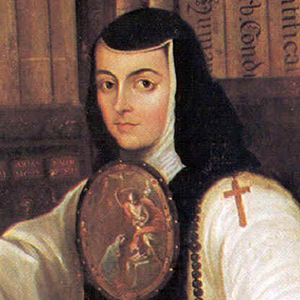 Sister (Spanish: Sor) Juana Inés de la Cruz, (1651-1695), was a self-taught scholar and poet of the Baroque school, and Hieronymite nun of New Spain. She was known in her lifetime as “The Tenth Muse.” Although she lived in a colonial era when Mexico was part of the Spanish Empire, she is considered today both a Mexican writer and a contributor to the Spanish Golden Age, and she stands at the beginning of the history of Mexican literature in the Spanish language.