The danger of war between the U.S. and Iran is increasing. U.S. forces virtually surround Iran. And they are being ramped up. In classic gunboat diplomacy a U.S. aircraft carrier battle group is positioned off the coast of Iran. Imagine if Iran had a naval armada off of New York or had troops in Canada. Why would Iran risk an armed confrontation with Washington? U.S. firepower would obliterate it. The Secretary of State demands that Iran “behave like a normal nation.” By that does he mean like the U.S. with its bases everywhere and almost $ trillion military budget? Why did the U.S. abandon the Iran deal which according to the UN was working? Instead of sending warships, missiles and bombers to the Persian Gulf, Washington should send diplomats. We should have dialogue rather than hectoring and threatening war. Interviewed by David Barsamian. Recorded at the University of Denver.

The Islamic Republic of Iran and the United States have been at loggerheads ever since America's ally, the shah, was overthrown in 1979. Iran was an important part of U.S. hegemony in the Middle East. In the decades since, Washington has waged cyber warfare, drone strikes, assassinations, sabotage and sanctions against Tehran. Washington and its media echo chamber portray Iran as dangerous and threatening even though it's surrounded by American bases and spends just a pittance on weaponry compared to the U.S. But hostility wasn’t always the norm. There’s a rich and mostly hidden history that began several hundred years ago where the two countries had friendly relations. Historian John Ghazvinian said that relationship was filled mutual "admiration, warmth, and benevolence."

The Joint Comprehensive Plan of Action, the JCPOA, the Iran Deal, was a major diplomatic accomplishment. By all accounts it was successful. However, it was unilaterally abandoned by the current president. The UK ambassador to the U.S. called Trump’s move “an act of diplomatic vandalism.” Biden indicates he may return to the deal. Iran and the U.S. have been locking horns ever since the 1979 Islamic Revolution which overthrew the Shah, a major U.S. client. In the fading days of a fading president, there are reports that Trump may launch an attack on Iran. He’s been dissuaded by his advisors, for now. Meanwhile, U.S. sanctions on Iran, perhaps the most severe in history, during a pandemic, can only be described as cruel. Who suffers? Ordinary Iranians.

Ervand Abrahamian is distinguished professor emeritus of Iranian and Middle Eastern history and politics at the City University of New York. He is the author of Iran Between Two Revolutions, A History of Modern Iran and The Coup: 1953, the CIA, and the Roots of Modern U.S.-Iranian Relations. 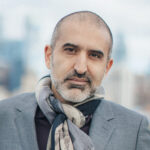 John Ghazvinian, a distinguished historian, is the Executive Director of the Middle East Center at the University of Pennsylvania. His articles have appeared in Newsweek, The New Statesman, and The Nation. He is the author of America and Iran: A History, 1720 to the Present.