Ever since the uprising against the Assad regime in Syria began in 2011 the country and its people have endured one horror after another. The carnage has led to not only a quarter of a million dead, and many more wounded, but the worst refugee crisis in recent memory. Adding to the mix of chaos and violence are Saudi Arabia, Turkey Iran, Russia, and the U.S. Washington searches in vain for what are called “moderates.” The Syrian cocktail of unrelenting violence is made even worse by the emergence of ISIS and its ability to hold large areas of territory. Atrocity follows atrocity with no end in sight. Words such as appalling and horrifying have lost meaning. Interview by David Barsamian. 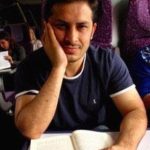 Idrees Ahmad is a Lecturer in Digital Journalism at the University of Stirling in Scotland and a co-editor of PULSE. He is the author of The Road to Iraq: the Making of a Neoconservative War.