Inside the Middle East

Antonio Gramsci, the great Italian Marxist said, “The crisis consists precisely in the fact that the old is dying and the new cannot be born; in this interregnum a great variety of morbid symptoms appear.” That certainly seems to describe the Middle East today. Lots of morbid symptoms. After a series of uprisings, the so-called Arab Spring, the region has spun into a deadly spiral. Just sample these headlines, all from the same day: Libya: Islamist Militia Fighters Clash with Troops; Egypt: Bomb Kills 2 in Army Vehicle; Turkey: Boy Accused of Insulting President is Arrested; West Bank: Firebomb Seriously Wounds an Israeli Girl; Jordan: Threatens ISIS with Grave Consequences. And the horror that is Syria and the decade-long catastrophe that is Iraq continue unabated. The scope and scale of instability and violence has no recent precedent. Why is it happening?

Interviewed by David Barsamian.
Recorded at the University of Denver. 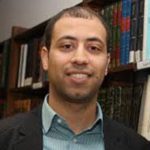 Abdullah Al-Arian is Assistant Professor of History at Georgetown University’s School of Foreign Service in Qatar. He was a Visiting Scholar at the Center for Middle East Studies at the University of Denver. He is the author of Answering the Call: Popular Islamic Activism in Sadat’s Egypt and co-editor of Jadaliyya’s Critical Currents in Islam page. He is a contributor to Al-Jazeera English.

Be the first to review “Inside the Middle East” Cancel reply