Hermann Goering, second in command to Hitler said, “Naturally, the common people don’t want war. It is the leaders of the country who determine policy, and it is always a simple matter to drag the people along. The people can always be brought to the bidding of the leaders. That is easy. All you have to do is tell them they are being attacked and denounce the pacifists for lack of patriotism and exposing the country to danger. It works the same in any country.” Today we see the patterns that Goering described replicated in the U.S. invasion of Iraq and the War on Terrorism. Corporate media has been instrumental in manufacturing consent for war. When it comes to the invasion of Iraq, U.S. public opinion is radically divergent from the rest of the world. MIT professor Noam Chomsky says that this can only be explained by a massive propaganda campaign.

Anthony Arnove produced the Academy Award-nominated documentary Dirty Wars. He is the editor of several books, including Voices of a People’s History of the United States, which he co-edited with Howard Zinn, The Essential Chomsky, Howard Zinn Speaks, and Iraq Under Siege. He is the author of Iraq: The Logic of Withdrawal. He also wrote the introduction for the thirty-fifth anniversary edition of Zinn’s classic book A People’s History of the United States. 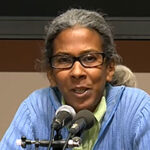