The Malling of America

Growth in the West is like the weather. Everybody talks about it, but nobody seems to know what to do about it. In Phoenix, Arizona where the dust from endless subdivision construction has become a major public health hazard, the city and county respond to this hazard by creating dust patrols and wetting down unpaved roads with that rarest of desert commodities, water. Everybody talks about the problems of exponential growth in the West, pollution, congestion, traffic, but talk about solutions and many Westerners give you a blank stare or argue that you’re messing with their private property rights. In the face of those blank stares, Alternative Radio presents “The Malling of America,” a special two-part documentary that confronts this issue head on. Part One takes us on a road trip through the mountains and canyons of Colorado and Utah, looking for what’s left of the west of open space and rugged wildlands. Part Two reaches the West Coast to visit two places that have been living with strict land use planning regulations for twenty five years. Affluent Marin County, which created its county-wide plan in 1973, has experienced almost no growth in the past 25 years and preserved much of its farmland and open space. During the same time, Oregon instituted a statewide land use plan that has limited sprawl and preserved farm and forest lands. But unlike Marin County, Oregon has been experiencing enormous growth pressures in the past 8 years and is finally watching the effectiveness of its land use plan being put to an actual test. These experiments in planning for growth are contrasted with the hundred miles of sprawl that has swallowed farms and natural areas all along the Wasatch Front in Utah and the Front Range of Colorado. In the course of this journey we come to understand the myriad of issues that are all part of the discussion of growth. How do questions of race and class shape the debate around “livable communities” and affordable housing? What is a landscape’s principal value: as an economic resource or as a source of natural habitat, beauty and spiritual connection? “The Malling of America” is the latest work of nationally acclaimed radio producer Barbara Bernstein, whose last award-winning documentary, “Carefully Taught,” aired on Alternative Radio in 1997. 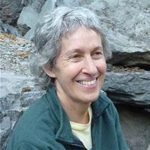 Barbara Bernstein is a nationally acclaimed radio producer. Recipient of many awards, she is one of this country’s finest independent producers. See www.mediaprojectonline.org

Be the first to review “The Malling of America” Cancel reply