Death from Above: Drones

2015 marks the 800th anniversary of the Magna Carta, which established the founding principle of modern law: presumption of innocence.  Today that principle is largely a casualty of the so-called war on terrorism. Trials, evidence, juries. Who needs them when we have an Oval Office assassination program carried out by drones? These pilotless aircraft have become the weapon of choice for Washington. They are efficient machines killing not only their intended targets but also whoever happens to be nearby. Collateral damage in Pentagon-speak. Malala Yousafzai, the courageous Pakistani teenager who was honored with the Nobel Prize, told Obama when she met him that the drone strikes in her country were “fueling terrorism. Innocent victims are killed in these acts, and they lead to resentment among the Pakistani people.” The official White House statement released after the meeting did not include her comment. 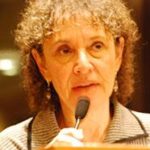 Marjorie Cohn is a professor at Thomas Jefferson School of Law in San Diego, former president of the National Lawyers Guild, and deputy secretary general of the International Association of Democratic Lawyers. Her books include Cowboy Republic: Six Ways the Bush Gang Has Defied the Law; Rules of Disengagement: The Politics and Honor of Military Dissent (with Kathleen Gilberd); and the edited volume, The United States and Torture: Interrogation, Incarceration and Abuse. Cohn is a recipient of the Peace Scholar of the Year Award from the Peace and Justice Studies Association. She testified before Congress about the Bush torture policy.

1 review for Death from Above: Drones