The Basques, Portrait of a People and Culture 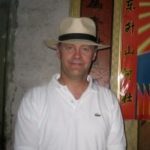 Mikel Morris is the author of a Basque-English dictionary. Several different types of Basque music are also featured in this program. Interviewed by David Barsamian as part of his Ganges to the Nile program on KGNU.

Be the first to review “The Basques, Portrait of a People and Culture” Cancel reply