What is the relationship between sacred geography and architecture? Peter Nabokov explores the Native American worldview in its reverence for land and water as spiritual geography. He gives the example of Taos Blue Lake and its significance in the cosmology of the Taos Pueblo Indians. Then he discusses architecture which he says, “is an important index of cultural identity. The creation of the world is analogous to the construction of a house. The beams, the roof, the door are sometimes encoded as aspects of the wider universe.” This program was aired on Thirty Minutes on KGNU. Interview by David Barsamian. 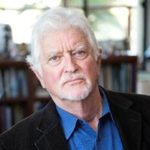 Peter Nabokov is a leading scholar on Native American history and culture. He teaches at UCLA. He is the author of many books including Tijerina ad the Courthouse Raid, Native American Testimony, Indian Running, Two Leggings: The Making of a Crow Warrior and How the World Moves.