The Fragility of Whiteness

The great African American sociologist W. E. B. Du Bois in his 1903 classic book, The Souls of Black Folk, wrote, “The problem of the twentieth century is the problem of the color line.” Well, here we are in the 21st century and the color line and racial injustice remain front and center. Some white people have acknowledged racism as a major issue. Others when challenged are defensive and uncomfortable. The murder of George Floyd brought out multi-racial demonstrations against police violence and racial injustice. Monuments, statues and other symbols of oppression are toppled and Confederate flags are lowered. These are the first steps in a reckoning that is long overdue. 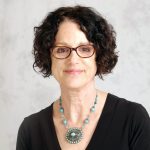 Robin DiAngelo, an award-winning scholar, is an Affiliate Associate Professor of Education at the University of Washington. She has been a consultant and trainer on issues of racial and social justice for more than twenty years. She is the author of the bestseller White Fragility: Why It’s So Hard For White People To Talk About Racism.

14 reviews for The Fragility of Whiteness