Because of the refugee crisis precipitated by the Soviet invasion, Louis Dupree says, “Afghanistan will never be the same again.” He calls it “migratory genocide.” Afghan expert and Louis’ partner Nancy Hatch Dupree, joins the discussion. She talks about Afghan women and the role they play in society. She says, “A central theme of Afghan culture is honor and the symbol of that honor is women. Honor is prized above all else and pervades many cultural patterns.” Closes with two classic Mullah Nasruddin stories- the wise fool of Eastern literature. Louis Dupree says, “You can hardly go to any village in Afghanistan without someone knowing a Mullah Nasruddin story.” Get ready to laugh.

In the second interview, recorded on April 13, 1984, Louis Dupree who visited Afghanistan months before describes the fighting between Soviet troops and mujahideen that he witnessed. He surveys the history and politics of this land-locked Central Asian country and the legacy of imperialism. A crucial aspect of Afghan history is when the British drew the Durand Line cutting the Pushtun people in half. The reverberations of that demarcation continue today. Among topics covered are Afghan Marxists who wanted to modernize the country but their “rhetoric turned people off.”

Both interviews by David Barsamian. 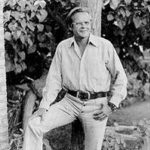 Professor Louis Duprée was an American archaeologist, anthropologist, and scholar of Afghan culture and history. He authored five books about Afghanistan. He passed away on March 21, 1989.

Be the first to review “Afghanistan: Two Interviews” Cancel reply