The Fire This Time

“People are practical,” Howard Zinn said. “They want change but feel powerless, alone. They do not want to be the blade of grass that sticks up above the others and is cut down. They wait for a sign from someone else who will make that first move. And at certain times in history there are certain intrepid people who take the risk that if they make that first move others will follow quickly enough to prevent their being cut down. And if we do act, in however small a way, we don’t have to wait for some grand utopian future. The future is an infinite succession of presents and to live now as we think human beings should live, in defiance of all that is bad around us, is itself a marvelous victory.” 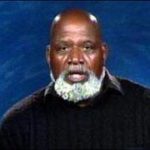 Harry Edwards is a leading authority on the sociology of sports and the intersection of race and class. He helped orchestrate one of the most iconic moments of the Civil Right Movement at the 1968 Olympics when gold medalist Tommie Smith and bronze medalist John Carlos raised their fists in a black power salute. For three decades he taught at the University of California at Berkeley. He served as a consultant to the San Francisco 49ers football team and to the Golden State Warriors basketball team. He is the author of Sociology of Sports, Black Students, and The Revolt of the Black Athlete.

Be the first to review “The Fire This Time” Cancel reply