A steady stream of reports on the deterioration of the environment is issued. There is a brief flurry of media coverage. The corporate-funded climate change deniers make counter claims. We wake briefly to the crisis then most of us lapse into a couch potato stupor. Neoliberal dogma and an almost mystical belief in capitalism makes almost certain that little will be done to avert coming calamities. Charades called climate summits offer nothing more than photo ops of smiling world leaders and vacuous press releases. We blithely turn our heads away from reality. As the ice caps melt it is not just penguins and polar bears that are in danger. The wider implications for the planet and humanity are profound. What level of catastrophe is it going to take for business as usual policies to change? Will we hear the distress signals from Earth? 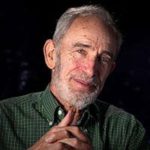 Paul Ehrlich is Bing Professor of Population Studies in the Department of Biology and president of the Center for Conservation Biology at Stanford University. He is a MacArthur Fellow, a member of the National Academy of Sciences and has received numerous honors including the Crafoord Prize of the Royal Swedish Academy of Sciences, given in areas where the Nobel Prize is not awarded, the Tyler Prize for Environmental Achievement, and the Blue Planet Prize.  He is active in the Millennium Alliance for Humanity and the Biosphere. He is author of over 40 books.

4 reviews for Distress Signals from Earth