Reform and Revolution in the Soviet Union 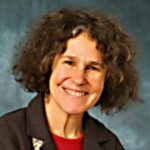 Barbara Engel is a noted Sovietologist. She received her M.A. from Harvard and her Ph.D. from Columbia. She is a professor of history at The University of Colorado at Boulder. Prof. Engel is author and editor of a number of books on Soviet and Russian history. She is also has written Between Fields and the City: Woman, Work and Family in Russia.