Mohammad Fadel looks at the origins and politics of Egypt’s Muslim Brotherhood and how it differs from Salafism; Morsi and the coup that overthrew him on July 3, 2013 and brought General Sisi to power; the massacre of Morsi supporters on August 14, 2013; the Mubarak dictatorship and its legacy; and the situation of Copt Christians. 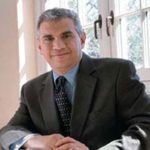 Mohammad Fadel is Associate Professor and Canada Research Chair at the University of Toronto, where he is cross-appointed in the Faculty of Law, the Department of Religion, and the Department of Near & Middle Eastern Civilizations. He has published numerous articles on Islamic legal history, international human rights, liberalism and democratic theory.

Be the first to review “Religion & Politics in Egypt” Cancel reply