The General Agreement on Tariffs and Trade (GATT) is the Geneva-based organization that sets international tariff and trade rules. It has been called “the economic teeth of the new world order.” Scant information is available and little attention is paid to the workings of GATT, yet its impact, particularly in agriculture, labor and the environment, is widespread and profound. Negotiations, currently stalled, are to resume soon. Herbert Gunther lays out the hidden agenda behind GATT and its enormous global implications. 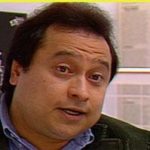 Be the first to review “GATT: The Hidden Agenda” Cancel reply