Canadian Prime Minister Justin Trudeau has a contradictory record when it comes to the climate crisis. On one hand, he declared a “national climate emergency.” On the other hand, he plucked down more than $4 billion in public money to buy TMX, the Trans Mountain pipeline which will carry dirty tar sands oil. James Hansen, the renowned U.S. scientist warns, “Oil from tar sands makes sense only for a small number of people who are making a lot of money from it. It doesn’t make sense for the rest of the people on the planet. We are getting close to the dangerous level of carbon in the atmosphere and if we add on to that unconventional fossil fuels,” i.e., tar sands oil, “which have a tremendous amount of carbon, then the climate problem becomes unsolvable.” TMX is being resisted by various grassroots groups across Canada. 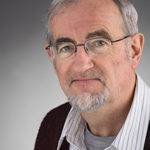 Be the first to review “Canada: Pipelines, Politics & the Press” Cancel reply