Trump: The Age of Mendacity

An ultra-rich New York real estate tycoon and celebrity TV star is the 45th president of the United States. He puts America First by ignoring the world and pulling out of the Paris climate accord, undermining the Iran deal and recognizing Jerusalem as Israel’s capital. He drains the swamp by appointing people with dubious credentials. His economic policies are lining the pockets of the rich. His daughter and son-in-law occupy high White House positions. Can anyone say nepotism? Then there is the lying. Do politicians tell lies? Of course, they do. But the current occupant of the White House is setting new records. The Washington Post has documented more than 2,000 lies in his first year in office. The self-described “genius” has a penchant for mendacity. His core group of supporters comment, “That’s just Donald being Donald.” What can you say? 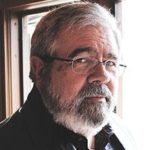 David Cay Johnston a former reporter for The New York Times won the Pulitzer Prize for his coverage of tax policy. He is the author of many books including Perfectly Legal, The Fine Print, Free Lunch, Divided: The Perils of our Growing Inequality and It’s Even Worse Than You Think.

1 review for Trump: The Age of Mendacity