Capitalism: Getting Past It

The present phase of capitalism is a great success story for the uber rich. Torrents of wealth flow overwhelmingly to a sliver of the population. Millennials in large numbers are seriously questioning the existing economic order. They are even willing to, hold your breath, consider a socialist alternative. The Bernie Sanders campaign made a huge impact on many young people and sparked interest in socialism. When millennials hear the term capitalism they think about Wall Street bailouts, corporate greed, off shore accounts, and a tax code riddled with loopholes for the well connected. For far too many the vaunted invisible hand feels like a death grip. Now is the time to think outside the box. As George Monbiot writes in The Guardian, “It’s not enough to oppose a broken system. A coherent alternative has to be proposed.” 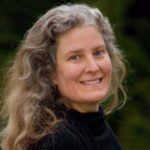 Cynthia Kaufman is the Director of the Vasconcellos Institute for Democracy in Action at De Anza College in San Francisco, where she also teaches philosophy. She is the author of Getting Past Capitalism, Ideas for Action and Challenging Power. A scholar/activist she works on tenants’ rights, police abuse, union organizing, international politics, and climate change

1 review for Capitalism: Getting Past It