The War on Whistleblowers

As Voltaire once said, “It is dangerous to be right when the government is wrong.” States don’t like to be called out on their crimes. Silence is strongly preferred. Fall in line and keep your mouth shut. This is particularly true of the United States because it globally projects a cultivated image of being a beacon of democracy and human rights and crucially, adherence to the rule of law. Instead of encouraging, celebrating and honoring whistleblowers the Obama administration punishes them, setting a record for prosecutions and imprisonments. Individuals like John Kiriakou tried to do the right thing and ended up going to jail. Edward Snowden has his passport cancelled and is forced to live in exile. The government is confusing dissent for disloyalty. What a chilling message this sends to other potential whistleblowers. 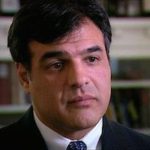 John Kiriakou is a former CIA agent who was indicted on three counts of violating the 1917 Espionage Act. He served almost two years in prison. He is featured in the documentary Silenced. He is an associate fellow with the Institute for Policy Studies, and a blogger for Huffington Post. He is a founding member of VIPS, Veteran Intelligence Professionals for Sanity.

1 review for The War on Whistleblowers