Public schools are a political and social battleground infused with issues of race and class. A recent study found that since the landmark Supreme Court decision outlawing segregation, some schools today are more segregated and less equal than in 1954. 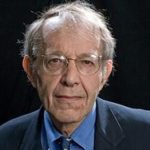