The Case for Socialism

The Bernie Sanders presidential campaign has injected the term socialism into the political discourse. While calling himself a democratic socialist, Sanders is much closer to a traditional New Deal liberal. Socialism is a political philosophy with a singular approach to structuring the economy. However, in the U.S. in particular, little is actually known about it. It has been reduced to something negative, undesirable and uh-oh, foreign. Some have called Obama a socialist. Should one laugh or weep at this characterization? The media noise machine disseminate propaganda that misrepresent and distort socialism thus preventing people from knowing about a possible alternative to Robin Hood in reverse capitalism.  One of socialism’s most famous advocates was Albert Einstein who said, “I am convinced there is only one way to eliminate the grave evils (of capitalism), namely through the establishment of a socialist economy.” 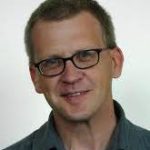 Alan Maass is the editor of Socialistworker.org, a daily website of news and opinion, and the Socialist Worker newspaper. He is the author of The Case for Socialism.

Be the first to review “The Case for Socialism” Cancel reply