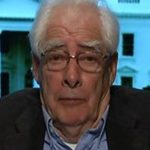 David MacMichael was the former CIA analyst who exposed the 1984 State Department White Paper on Central America. His whistle-blowing made him a pariah among his former colleagues in the Agency. He said, “You find yourself in this situation maybe once in a lifetime. You only come to the plate once and had better take your swings. I took my swings. That was my one ethical plus in a lifetime of unethical behavior.” He became Senior Fellow of the Council on Hemispheric Affairs and editor of Unclassified, the newsletter of the Association of National Security Alumni. He passed away in June 2022.

Be the first to review “National Insecurity” Cancel reply