An Armenian Journalist in Turkey

Agos is an Armenian bilingual weekly newspaper published in Istanbul, Turkey. It was established in1996. It has both Armenian and Turkish pages as well as an online English edition. Its founder and chief editor Hrant Dink was assassinated outside Agos offices in 2007. Etyen Mahcupyan remembers Dink and his work and legacy. He talks about what it means to be an Armenian in overwhelmingly Muslim Turkey. Dink was a close friend and recalls that he “was a warm hearted and humble person with a great memory” who had “an incredible energy.” Why was he killed? Mahcupyan says it was because he was Armenian and a target of Turkish nationalists. The state knew of threats to his life but did not protect him. His murder triggered an outcry from some Turks who marched chanting: “We are All Hrant. We are all Armenians.” He discusses the interaction and relations between Diaspora Armenians and the Republic of Armenia with Turkish Armenians. 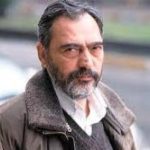 Etyen Mahcupyan was a colleague of Hrant Dink’s and succeeded him as editor of Agos. In 2014 he joined the AKP Erdogan government as an advisor. In 2015 he resigned from his position after stating publicly that the Turkish state carried out a campaign of genocide against the Armenians.