Sectarianism in the Middle East

The corporate media have trouble with nuance and complexity. They like things black and white, good and bad. In their simplistic reporting, history and context are, if at all, fleetingly referred to. Take the Shia-Sunni divide in Islam. It is routinely described as an ancient feud between two factions competing for supremacy among Muslims. What is ignored in such formulations is the role of British, French and Italian imperialism in the Middle East and more recently the United States. Following classic divide and rule strategies the Europeans and then the Americans sliced and diced the peoples of the region, created borders and even states where none existed. All marinated in a stew of racism about what is best for the natives. No discussion of sectarianism can be separated from the catastrophic U.S. invasion of Iraq, which excited tensions between Shias and Sunnis in the Middle East. 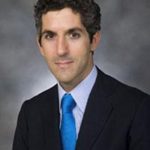 Ussama Makdisi is Professor of History and the first holder of the Arab-American Educational Foundation Chair of Arab Studies at Rice University. He is the author of Faith Misplaced: The Broken Promise of U.S.-Arab Relations and The Culture of Sectarianism.