When Orhan Pamuk, Turkey’s Nobel Prize winner for literature, said that more than one million Armenians and 30,000 Kurds had been killed in his country, he was not only publicly vilified but also prosecuted by the government. And he’s not the only one who has gotten into trouble for speaking out. Breaking the taboo and talking about the 1915 state-organized and directed genocide of the Armenians and the plight of its large Kurdish population is dangerous. Witness the murder of journalist Hrant Dink. The Turkish government takes out full-page ads in The New York Times denying the genocide. It warns of retaliation against the United States if the Congress acknowledges a historical fact. Ankara is also threatening to invade Iraq in pursuit of Kurdish fighters. Interview by David Barsamian. 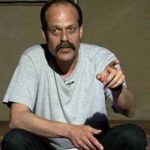 Ron Margulies was born in Istanbul and was educated there and in England. In addition to being a political activist and commentator, he is a well-known Turkish poet and has published seven books of poetry.

Be the first to review “Turkey, Armenians, & Kurds” Cancel reply