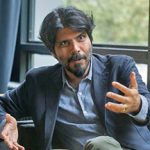 Pankaj Mishra writes for The New Yorker, The New York Review of Books, The New York Times Book Review, and The Guardian. He is the author of Butter Chicken in Ludhiana, An End to Suffering, Temptations of the West and From the Ruins of Empire. He has spent much time in Kashmir and has written about it.

Be the first to review “India & Kashmir: Breaking the Silence” Cancel reply