ISIS, the Islamic State in Iraq and Syria, is the latest chapter of the so-called war on terror. One should point out that you can’t have a war on a tactic. ISIS has displaced al-Qaeda. It is violently addressing unresolved issues relating to European imperialism and the creation of artificial borders and states. After WWII, the U.S. supplanted Britain, France and Italy in the region and became its self-appointed guardian. Washington’s footprint in the Middle East is enormous. It has created a network of allies consisting of emirs, sheikhs and generals. These leaders are despised by most of the people they rule. They are seen as puppets of Washington. Israel is isolated. Meanwhile, ISIS is growing. What is its appeal? How is it, as the Pentagon says, “tremendously well-funded”? How has it inspired attacks as far away as Ottawa, Sydney and Copenhagen? 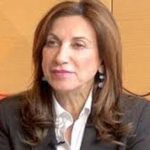 Loretta Napoleoni is a leading expert on money laundering and terror financing. She has worked as London correspondent and columnist for La Stampa, La Repubblica, El País, and Le Monde. A former Fulbright scholar, she holds degrees from Johns Hopkins University and the London School of Economics. She is the author of Rogue Economics, Terror Inc. and The Islamist Phoenix.

4 reviews for The ISIS Crisis