The United States is the largest consumer-based economy in the world. Shopping is a national pastime, and how we shop, what we buy and how it is sold is high science studied by everyone from market researchers to child psychologists. But no one gets as many Americans reaching for their wallets every day as Sam Walton and Wal-Mart. Americans will spend over $140 billion at the store this year, and Wal-Mart is now the largest retailer in the world, with more income than 161 countries. Many retailers are forced to adopt the Wal-Mart model in order to compete. How does Wal-Mart do it? 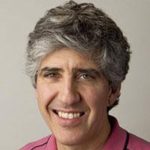 Bob Ortega covered WalMart for The Wall Street Journal. He went to Guatemala, where he discovered children making clothing for Wal-Mart. Ortega is the author of In Sam We Trust: The Untold Story of Sam Walton and How Wal-Mart is Devouring America.