We hear a lot about bulls and bears and the magic of the stock market. The magic is shared by a few. The richest 10 percent own 84 percent of all shares of stock. Remember the days when Republicans prided themselves on being fiscally responsible? Well, they’re long gone. The deficit and the debt are astronomical. The 2008 crash ushered in the deepest recession since the Great Depression. Can it happen again? You bet. Just read the tea leaves. The tax cut just blew a gigantic hole in the budget. The big banks are now sitting on record profits. CEOs are giving themselves huge bonuses. “Draining the swamp?” The economy is led by ex-bankers and Goldman Sachs alumni with the same mentality that led to the previous crash. And there are few checks and balances as deregulators rule government agencies. 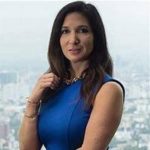 Be the first to review “Bailouts, Banks & Pyramids” Cancel reply