One day, a few years ago, I was walking in San Francisco’s Mission district and looked up and saw a sign that said: “Arizmendi Bakery. Worker owned and operated.” This piqued my curiosity. I went inside to find out more. I learned that Arizmendi was the name of the priest who, in the 1950s, help launch the Mondragon cooperative in the hardscrabble Basque region of Spain. Today, Mondragon is one of the most successful coops in the world. The Co-op employs more than 70,000 workers and is the tenth largest enterprise in Spain. In the Bay Area, inspired by Mondragon, workers have formed multiple co-ops. Co-ops have a long tradition that is characterized by democratic decision making, equitable pay, and worker input. In response to robber baron contemporary capitalism, workers from taxi drivers to dairy farmers are forming co-ops. 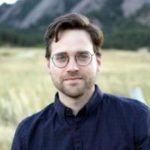 Nathan Schneider is a journalist and professor of media studies at the University of Colorado at Boulder. He has written for Harper’s, The New Republic, The Nation, the New York Times, and The Catholic Worker. He is the author of Everything for Everybody: The Radical Tradition that is Shaping the Next Economy.