In genocides, “The impact of law and money is much greater than people realize,” argues Simpson. He discusses the genocides of the Armenians and the Jews. Economic gain, Simpson says, “creates a constituency for genocide,” among the general non-ideological population. Corporate looting and property seizures are key components of mass murder campaigns. 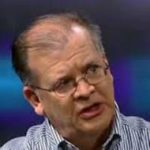 Christopher Simpson, professor at the American University, is the author of Blowback, Science of Coercion, and The Splendid Blond Beast.

Be the first to review “Genocide, Law and Money” Cancel reply