War or Peace in Korea

Donald Trump and Kim Jong-un. What can you say? They are lightweights fighting in the heavyweight division while the fate of possibly millions are at risk. Two heads of state trading taunts and insults back and forth like kids in a schoolyard. Trump declared that talking with North Korea is a “waste of time” and threatened to “totally destroy” that country by unleashing “fire and fury like the world has never seen.” On his trip to Asia he softened his line a bit by inviting North Korea to “come to the table” and “make a deal.” He then reverted to more saber-rattling. The U.S. military has been in South Korea since 1945. There is no peace treaty formally ending the 1950-53 Korean War. Maybe that would be a good place to start. Tensions must be defused. The alternative is catastrophic war. 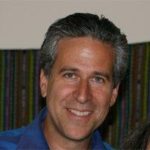 Eric Sirotkin is a human rights lawyer. His peacemaking activities have taken him to North and South Korea. He helped found the New Mexico Human Rights Coalition and the National Lawyers Guild Korean Peace Project. He is the recipient of the City of Albuquerque’s Human Rights Award. He is the author of Witness: A Lawyer’s Journey from Litigation to Liberation.

3 reviews for War or Peace in Korea