PBS, the Public Broadcasting Service, came out of the 1967 Public Broadcasting Act. Almost as soon as it began airing TV programs it came under political attack. Richard Nixon, in a fury over so-called “liberal bias” in programming, vetoed its budget. Since then, the assaults on PBS and its funding have continued, ebbing and flowing with the political season. What’s been the result? Turn on the tube and see for yourself. Antiques Roadshow, British comedies, cooking shows, African animals without Africans and a whole host of conservative talk shows, all sponsored by what is called “enhanced underwriting.” Critics like Jerry Starr say PBS plays it safe and doesn’t take risks for fear of offending Congress and corporate sponsors. 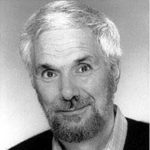 Jerry Starr was an activist and award-winning sociologist. He was the founder and executive director of Citizens for Independent Public Broadcasting. CIPB promotes noncommercial broadcasting in the service of the public interest. He is the author of Air Wars. He died in 2012.