The Fight for Free Speech on Campus

The political landscape is increasingly intolerant of opposing views. Campuses are sometimes a battleground. Author Charles Murray was shouted down and prevented from speaking at Middlebury. Condoleezza Rice declined to speak at Rutgers because of protests. Ex-Breitbart editor Milo Yiannopoulos’s talk at UC Berkeley was called off when a minority became violent. Professors such as Steven Salaita and Norman Finkelstein have lost jobs because of what they said. The American Civil Liberties Union states unequivocally: “How much we value the right of free speech is put to its severest test when the speaker is someone we disagree with most. Speech that deeply offends our morality or is hostile to our way of life warrants the same constitutional protection as other speech because the right of free speech is indivisible: When one of us is denied this right, all of us are denied.” 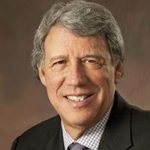 Geoffrey Stone, noted First Amendment and Constitutional law scholar, is Distinguished Professor of Law at the University of Chicago. He is the award-winning author of many books including Perilous Times: Free Speech in Wartime, Eternally Vigilant: Free Speech in the Modern Era, Top Secret: When Our Government Keeps Us in the Dark and Speaking Out: Reflections of Law, Liberty and Justice.