The Vietnam War was a pivotal event in the 20th century. Although it officially ended in 1975, it never really seems to end. The war brought us free-fire zones, strategic hamlets, carpet bombings, Agent Orange, MIAs and POWs, and the never-to-be-seen lights at the ends of tunnels. For the millions of victims the war was apocalypse then. For many survivors, the suffering and anguish continue. Politically and militarily the “Vietnam Syndrome” is ongoing. 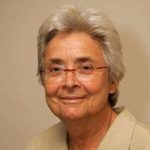 Marilyn Young was a distinguished historian. She was a professor of history at NYU and author of many books including the highly praised The Vietnam Wars. Noam Chomsky called the book “an achievement of unusual value.” She passed away in 2017.

Be the first to review “Vietnam: The Forever War” Cancel reply