The Economics of Baseball

There was the graceful DiMaggio running from first to third and the Say Hey Kid Willie Mays making circus catches in centerfield. The Dodgers played in Brooklyn. Baseball, the national pastime, isn’t what it used to be. Today, the game has been transformed by strikes and lockouts, free agency, huge salaries, rising ticket prices, new franchises from Florida to Colorado, monster cable TV contracts, charges of front-office racism and the suspension of owners like Marge Schott and George Steinbrenner. Is the field of dreams turning into the field of greed? The latest “shakedown” is going on in New York, with Steinbrenner threatening to move unless the city and state fork over $270 million. This follows on the heels of similar deals in Chicago and San Francisco. The operative rule is: socialize the cost and privatize the profit. Cities are so desperate to keep their teams that they all cave in to the demands. 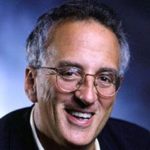 Andrew Zimbalist is professor of economics at Smith College. He is the author of several books on development and comparative economics as well as Baseball and Billions.

Be the first to review “The Economics of Baseball” Cancel reply