Choosing the News: Who Sets the Agenda 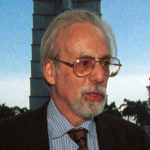 Lawyer; co-founder and former co-editor of Covert Action Quarterly; co-editor of Bio-Terror: Manufacturing Wars the American Way, and other works. He passed away in March 2016.

Alexander Cockburn was a keen observer of the U.S. scene and was in the front rank of media critics. He was a columnist for The Nation for many years. He wrote Corruptions of Empire, The Fate of the Forest, co-authored with Suzanna Hecht, The Golden Age Is In Us, and Whiteout: The CIA, Drugs & the Press. He was the editor of CounterPunch. His erudite and crisp writing was exemplary. Alexander Cockburn passed away in 2012.

Be the first to review “Choosing the News: Who Sets the Agenda” Cancel reply