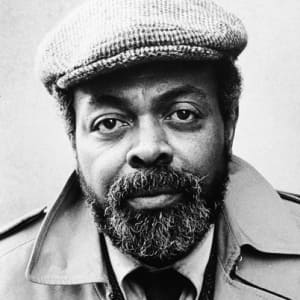 Amiri Baraka was a cultural icon and an iconoclast. He rose to fame in the 1960s as LeRoi Jones. His 1964 off-Broadway play, Dutchman created a sensation. Later he became Amiri Baraka and was a central figure in the Black Arts movement. He was an award-winning playwright and poet and recipient of the PEN/Faulkner Award and the American Book Award for Lifetime Achievement. He was a member of the American Academy of Arts and Letters. He was the author of many books including the classic Blues People. He was brilliant as a homeless sage in the movie Bulworth. His politics were uncompromisingly radical. Through his work he explored the parameters of African-American culture, history, memory, racism, class struggle and political power relationships.  As an orator he had a distinct and urgent style.  He had a special affinity for jazz and such titans as John Coltrane, Max Roach, and Thelonious Monk. He once said of himself, I’m a revolutionary optimist. I believe that the good guys—the people—are going to win.” He died in 2014. Thousands turned out in his hometown of Newark to honor him.