Resistance and the Arts

From Allen Ginsberg to Kurt Vonnegut and from Bob Dylan to Michael Franti artists have been on the cutting edge. The arts play a pivotal role in society. The great historian Howard Zinn said: "Whenever I become discouraged I lift my spirits by remembering: The artists are on our side! I mean those poets and painters, singers and musicians, novelists and playwrights who speak to the world in a way that is impervious to assault because they wage the battle for justice in a sphere which is unreachable by the dullness of ordinary political discourse. The billionaire mandarins of our culture can show us the horrors of war on a movie screen and pretend they are making an important statement. But the artists go beyond that, to resistance."

Artists, creative people, occupy a special place in our hearts and minds. They interpret the world around us and imagine things outside the box. What is the connection between them and their creative output and society? Is it just to take curtain calls and sign autographs or is there something more? Picasso asked the question, “What do you think an artist is? An imbecile who only has eyes if he’s a painter, ears if he’s a musician, or a lyre in every chamber of his heart if he’s a poet – or even, if he’s a boxer, only some muscles? Quite the contrary, he is at the same time a political being constantly alert to the horrifying, passionate or pleasing events in the world, shaping himself completely in their image. How is it possible to be uninterested in other men and by virtue of what cold nonchalance can you detach yourself from the life that they supply so copiously? No, painting is not made to decorate apartments. It’s an offensive and defensive weapon against the enemy.”

Resistance & the Role of Artists

Artists have always been on the cutting edge of society. They are the innovators as well as the seers. Go back to Aeschylus, the great 5th century BC Greek playwright who wrote The Persians. This classic drama was a warning to the Greeks to not be consumed by the same arrogance that was undoing of the Persians. Power thinks it’s infallible and eternal. Artists puncture holes in these illusions. Today, writers, musicians, poets, filmmakers, and actors like Michael Franti, Alice Walker, Danny Glover, Radiohead, Michael Moore, Susan Sarandon, Bonnie Raitt and many others challenge the political orthodoxy. For daring to speak out they incur the wrath and scorn of the superpatriots that dominate the airwaves. Interview by David Barsamian. Recorded at Harvard Trade Union Program.

Amiri Baraka was a cultural icon and an iconoclast. He rose to fame in the 1960s as LeRoi Jones. His 1964 off-Broadway play, Dutchman created a sensation. Later he became Amiri Baraka and was a central figure in the Black Arts movement. He was an award-winning playwright and poet and recipient of the PEN/Faulkner Award and the American Book Award for Lifetime Achievement. He was a member of the American Academy of Arts and Letters. He was the author of many books including the classic Blues People. He was brilliant as a homeless sage in the movie Bulworth. His politics were uncompromisingly radical. Through his work he explored the parameters of African-American culture, history, memory, racism, class struggle and political power relationships.  As an orator he had a distinct and urgent style.  He had a special affinity for jazz and such titans as John Coltrane, Max Roach, and Thelonious Monk. He once said of himself, I’m a revolutionary optimist. I believe that the good guys—the people—are going to win.” He died in 2014. Thousands turned out in his hometown of Newark to honor him. 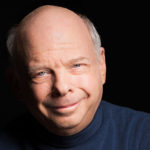 Wallace Shawn is an award-winning playwright and noted stage and screen actor. He starred in the film My Dinner with Andre. He is the author of Essays and Night Thoughts.

Be the first to review “Arts 3-Pack” Cancel reply