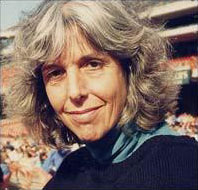 Barbara Lubin, Founder and Executive Director of Middle East Children’s Alliance (MECA), is a life-long peace, justice and disability rights activist. Since 1988 Barbara has regularly traveled to Palestine and has led nearly twenty delegations of North Americans to Palestine/Israel, Iraq, and Lebanon. She has lectured on the issue of Middle East politics and the plight of the children in the region to dozens of schools, universities, conferences, religious institutions and community groups. Barbara visited the besieged Gaza Strip twice in 2009 and twice in 2012.