Barbara Lubin addresses the ongoing Palestine-Israel issue. She talks about the origins of the conflict going back to the 1917 Balfour Declaration. She discusses the Holocaust and the guilt felt by Europe and the U.S. She says, “The European Christian community was looking for a way to deal with the ‘Jewish problem.’” The focus was on Palestine under British control. For Jews to go to Palestine and to throw people off their land and force them to leave “is outrageous.” Israel ignores UN resolutions. Many Jewish-only settlements have been built on occupied Palestinian land. Today, many of the “most rabid settlers come from the U.S., from Brooklyn.” She describes her personal odyssey from unquestioning Zionist to critic. She pleads, “It’s time to tell the truth.” 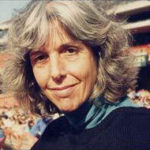 Barbara Lubin, Founder and Executive Director of Middle East Children’s Alliance (MECA), is a life-long peace, justice and disability rights activist. Since 1988 Barbara has regularly traveled to Palestine and has led nearly twenty delegations of North Americans to Palestine/Israel, Iraq, and Lebanon. She has lectured on the issue of Middle East politics and the plight of the children in the region to dozens of schools, universities, conferences, religious institutions and community groups. Barbara visited the besieged Gaza Strip twice in 2009 and twice in 2012.

Be the first to review “Palestine: It’s Time to Tell the Truth” Cancel reply