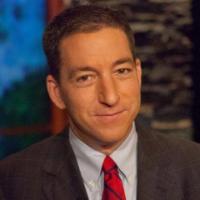 Glenn Greenwald broke the story in The Guardian of Washington’s widespread electronic dragnet. His exclusive interview with NSA contractor turned whistleblower Edward Snowden was an international media sensation. He is the author of With Liberty and Justice for Some and No Place to Hide. He is the recipient of the Izzy Award from the Park Center for Independent Media for his “path breaking journalistic courage and persistence in confronting conventional wisdom, official deception, and controversial issues.” He also received an Online Journalism Award for Best Commentary for his coverage of Bradley Manning. He is co-founder of the watchdog media outlet The Intercept. He writes for Substack.