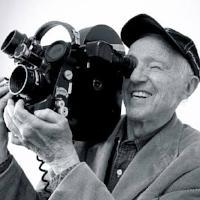 Haskell Wexler was one of the great cinematographers of his era. He was known for his signature use of contrasts and shadows. He was colorblind, so he worked differently from cinematographers. He was an active union member and a staunch defender of worker’s rights. He was a multiple Academy Award winner. He directed the classic Medium Cool. He worked with John Sayles on Matewan, Eight Men Out and other films. He died at the age of 93 in 2015. He was a great friend to me and Alternative Radio. I met him in the mid-90s when I spoke at a bookstore in Santa Barbara. He would often call me after hearing an AR program to discuss it. He had a wonderfully infectious laugh. I miss him. – David Barsamian.