All imperial systems attempt to reinvent the past, engineer history to suit their needs. The United States is no different. Vietnam is a perfect example. A war of aggression was transformed into a “conflict.” It was “tragic” and a “mistake.” At the other end of the spectrum, the so-called liberal Washington Post called the war a “just cause.” That’s the range of opinion in describing one of the major atrocities of the 20th century. The sheer savagery of the U.S. attack is forgotten. The war on Vietnam, later extended to Laos and Cambodia, included mass murder from the air and ferocious assaults on the ground. Millions were killed. About the agony and suffering of the victims? Virtually nothing. Reparations? Apologies? No way. And the architects of destruction, the war criminals? Held accountable? Trials? Jail time? Then as now, nothing. This classic from the AR archives marks the 50th anniversary of the My Lai massacre. Historian Jonathan Schell wrote that My Lai, “had come to be the rule, and not the exception, in our conduct of the war.” 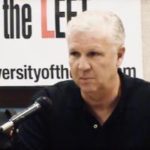 Joe Allen is a Chicago-based writer and activist in peace and social justice movements.

Be the first to review “Vietnam” Cancel reply