The drugs and war nexus is an old story involving not just criminal gangs but states. Just go back to the U.S. wars in Vietnam and Laos in the 1960s and 70s or in Central America in the 1980s or more recently in Afghanistan to see the connections. Alliances with drug dealers and cartels were part of Washington’s playbook albeit mostly secret. Covert operations need covert funding and drugs are always a handy cash crop. Culturally, the topic always attracts attention. There have been Hollywood movies from Clear and Present Dancer to Kill the Messenger, as well as TV shows and novels. Alcohol, tobacco, caffeine, opium, amphetamine, and cocaine intersect with the history of conflict. Drugs and war have become addicted to each other. 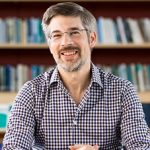 Peter Andreas is Professor of International Studies at Brown University. He is the author of Smuggler Nation: How Illicit Trade Made America and Killer High: A History of War in Six Drugs.

Be the first to review “Drugs & War” Cancel reply